One of the pleasures in working with Book 'Em North Carolina is meeting new authors and discovering new books. We have a wide variety of authors represented at each Book 'Em event, from non-fiction (inspirational, how-to, biographical, autobiographical) to the fiction world: mysteries, romance, horror, paranormal, drama, suspense, comedy... And I always enjoy discovering the areas in which various authors are inspired to write about. 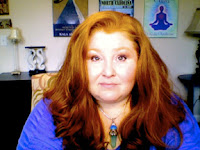 This week, I profiled one gem in The Robesonian newspaper. Kala Ambrose is a talk show host, inspirational speaker, and a columnist for various publications, including The Huffington Post and The Examiner. She has also appeared on every major network TV: ABC, NBC and CBS and is an award-winning author.

Follow this link to read the full article as it appeared in The Robesonian on Sunday, June 17 about Ambrose's book, Ghosthunting in North Carolina. Of particular interest to me was the story about the Lost Colony of Roanoke because the Lumbee Indians in Robeson County claim their ancestors were from the Lost Colony. There are more than two dozen wonderful ghost stories in Ambrose's book. I highly recommend it.