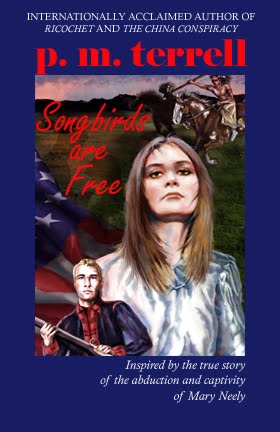 My most popular book to date continues to be Songbirds are Free, the true story of Mary Neely's capture by Shawnee warriors in 1780, her time in captivity and her eventual escape three years later and her journey home through a war-torn country.

Mary's family came to the United States from Ireland in the 18th century. They journeyed from what is now Northern Ireland, County Tyrone, from Glencull and Ballygawley. They came to America in search of more opportunity and a better future for their children and grandchildren.

While many know of Mary's story--the murder of her father at the hands of the Shawnee and later her mother's and brother's deaths during a separate attack, and the struggle all the Neelys endured just to survive in the untamed wilderness of Middle Tennessee (then a Virginia territory) --little has been provided about the Neely family before the brothers' departure for America.

I will attempt to provide bits and pieces of information as I come across it, not only for Mary Neely's descendents, of which there are many, but also to those people who came to love Mary in the pages of Songbirds are Free and River Passage.

A treasure trove of information has come my way as a result of my sister Neelley Hicks' trip to Ireland in November 2014.

Below is a document she obtained in Ireland of the Neely territory in Ireland, the meaning of the name, the ancestors and the coat of arms. If anyone would like a full color copy of the original document, please contact me through my website at www.pmterrell.com and I'll be glad to email it to you. 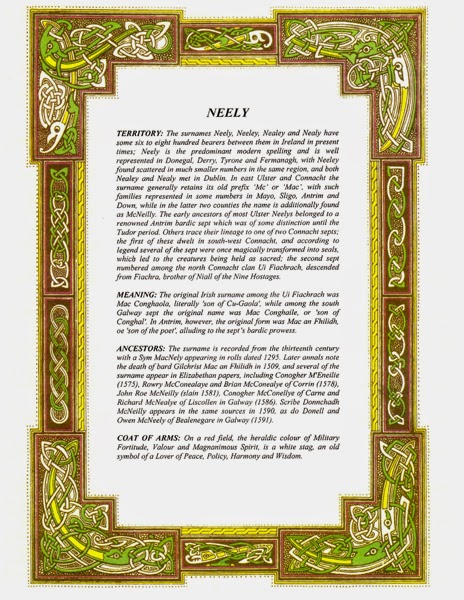