A Look at Old Cuba 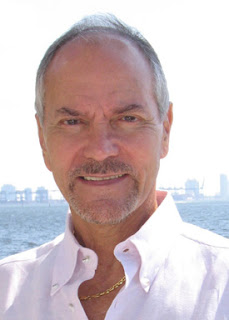 I am excited to have as my guest today David Pereda, an award-winning author whose books have won the Lighthouse Book Awards twice, the Royal Palm Awards, the National Indie Excellence Awards, and the Readers Favorite Awards twice. He has traveled to more than thirty countries and speaks four languages. Before devoting his time solely to writing and teaching, David had a successful international consulting career with global giant Booz Allen Hamilton, where he worked with the governments of Mexico, Venezuela, Peru and Qatar, among others. A member of MENSA, David earned his MBA from Pepperdine University in California. He earned bachelor degrees in English literature and mathematics at the University of South Florida in Tampa.


His latest book, Havana Blues, is a provocative and compelling story of old Cuba. The year is 1952 and Ramon Rodriguez’s life as a teenager in fun-loving Havana is filled with typical activities and concerns: girls, education, religion, baseball, parties, and hanging out with friends. The country is enjoying a period of prosperity and happiness--until General Batista stages a coup that topples the government and Ramon’s life is flung into chaos. In a few short years, the carefree fifties morph into a vicious and repressive dictatorship highlighted by corruption, organized gambling, school closures, student demonstrations, police brutality, and assassinations. As Ramon experiences the thrills of his first romantic relationship, graduates from school, and struggles to plan for an uncertain future, he is forced to make important decisions that may be dangerous to him, his family, his friends, and his girlfriend – the beautiful Sonia -- and could turn deadly. 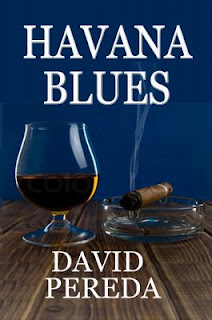 I sat down with David for a recent interview:


Thank you for joining us here today, David! Havana Blues is a coming-of-age story set against the backdrop of revolutionary Cuba. How much of the country is drawn from your personal memories of the place and time?

All of the descriptions of Havana in this book are drawn from my own experiences, as well as from personal diaries and writings I kept about those years.


The book is a departure from your thrillers, though several of the same characters are in Havana Blues as younger people.  Was it difficult for you to make the transition from the heart-pounding thrillers like Twin Powers and Killing Castro, to the pace of a coming-of-age book?

Havana Blues was the most difficult book I have ever written and probably will ever write. There were a lot of intense memories from those years I had to deal with, which often interfered with my editing objectivity. Writing in the first person also required an adjustment, since I usually write in the third person -- although one of my earlier novels, Getting Filthy Rich, was written in the first person from the point of view of each of the main characters in the story as I wanted to give the impression of reflections in a mirror. As far as transitioning from writing thrillers to writing a coming-of-age historical literary novel is concerned, no it wasn't difficult. I have written novels about horses, finances and other topics. In fact my most successful book in the marketplace was an erotic novel I wrote under a pen name that sold 50,000 copies. It wasn't until an agent suggested I write thrillers with a Cuban theme that I started writing them. I liked the genre and the characters, so I kept writing them. However, I'm sad to say that none of my other books have ever come close to selling as many copies as that erotic novel. I don't know exactly what to make of that. Does that say something about readers in general?


The book has made me very interested in Cuban history. What are your thoughts on General Batista and Fidel Castro and the changes each made to the country, both in the political climate as well as for average citizens simply trying to live each day to the best of their abilities?

Batista was the reason the Castro Revolution happened. He was a greedy, corrupt and sanguinary dictator who surrounded himself with a cruel and violent police and military. The worst mistake Batista made was to release Fidel Castro from prison and send him into exile after the failed attempt by the then inexperienced Castro to start a revolution by attacking the Moncada garrison. Castro left the country and went to Mexico where he spent years refining his political views and plotting his revolution. The result we all know. Had President Prio stayed in power, I believe there would never have been enough discontent in Cuba to warrant the Castro Revolution. During Batista, the economy collapsed; gambling proliferated to such an extent that just about everyone in Cuba gambled at something or other; the Italian Mafia used Cuba -- mostly Havana and Varadero -- as their summer homes; prostitution was rampant; drugs were plentiful; police brutality was the order of the day; all schools and universities were closed; and terror reigned. Yes, Batista created the need for Castro -- and the latter took advantage of the opportunity. Their partnership, Batista the cause and Castro the effect, took a country known to be at the forefront of technological advances, music, art, education, literature and culture to the broken-down medieval agrarian society that it is today. Did you know that Cuba has one of the highest suicide rates of any country in the world?


Have you returned to Cuba in recent years? If so, have you been able to visit the places mentioned in Havana Blues? I'm curious how much has stayed the same and how much has changed.

I have never been back to Cuba. I have kept up with Cuba via friends and relatives and photos and videos. I would imagine it would be cathartic for me to return to Cuba and visit those same places. I can't even imagine how I would feel.


How much of Havana Blues is autobiographical? Has it been difficult as an author to put the story out there in the public realm?

A lot of Havana Blues is autobiographical. The places, the schools, the culture, the people are mostly all real. Recently, a woman who lived in Havana during those times reviewed the novel on Amazon and mentioned how historically authentic the book was in term of the locations, the people, the sounds, the smells, and the culture. As for your second question, the answer is yes. It has been very difficult for me to put that story out there. There were a number of people who had read the drafts who wanted me to publish that novel, foremost among them my first wife, Kay, to whom the book is dedicated. I finally caved in and published the book. How do I feel about it? I feel naked and exposed. Does that make sense to you?


What types of books do you prefer to read in your spare time?

I read all types of books. The last few books I have read or re-read during the past month or so include: Lord Jim by Conrad, The Lord of the Flies by Golding, 1984 by Orwell, The Remains of the Day by Kazuo Ishiguro, Home and Never Let Go by Coben, The Wrong Side of Good-bye and Two Kinds of Truth by Connelly, and The Rooster Bar by Grisham.


What is coming up for you after Havana Blues?  Can you give us a synopsis of your next book and the possible release date?


Freaking Fast, scheduled to be released by Custom Book Publications in March of this year, is coming up. A melange of YA sports thriller fantasy, Freaking Fast is a totally different book from Havana Blues. For starters, it doesn't have exotic places for its setting; although some of the characters can be considered exotic. The story takes place in only one location: Asheville, North Carolina; and not one word of Spanish is spoken in the book -- though there are some phrases in Russian. Secondly, while Havana Blues takes place in the historical past, Freaking Fast takes place in the fantastic future. The story begins in 2066 with the words, "Today I'm going to kill the love of my life," which are uttered by the main character, a woman, world-renown mathematician Doctor Alexandra "Alex" Martin. Have you ever imagined North Carolina, the United States, the world fifty years from now? I have -- and the result is Freaking Fast. I had great fun imagining Asheville fifty years in the future, by the way. Freaking Fast begins in the future for a few chapters, returns to the present for a long flashback, and finishes in the future, as Alex charges into the lion's den to do the deed. Unfortunately, she ends up disarmed and trapped by killing robots on the balcony of a twenty-story building and about to be shot with her own gun by "the love of her life." How does she get out alive and escape a situation like that? The end will surprise you, I guarantee it.


What would you like for readers to know about you and your writing?

It always gives me pause to talk about myself, but here it goes. I'm much like the solution to a good math problem: conceptually simple to read yet difficult to understand and rewarding to solve. I've lived a blessed life, dotted with glitches and mistakes; and I'd like to believe I have been able to use those experiences to learn a thing or two about life. I've done things most people only dream about -- from riding racing camels in the Arabian desert to watching wolves hunt in the Alaskan wild to jumping horses over seven feet hurdles to authoring ten books. I love to teach and write books and travel and solve complex math problems -- not to mention the friendship and company of smart and beautiful women -- but most of all I love my family and spending time with them. As for my writing, I like to experiment with different genres, but I particularly enjoy writing thrillers and mainstream novels with unique characters and exotic settings. I take writing seriously, which might be the reason I have never written another erotic novel despite the prompts of agents and well-meaning friends. The one I wrote was a satire of erotic novels, and I couldn't beat that.


Where can they learn more about you and how can they purchase the book?

Learning more about me is quite easy. Google my name and information about me will pop out, including my website (www.davidpereda.com). I have an Author Page on Amazon with a list of my books and a bio and even copies of some of my non-fiction articles and blogs. Key in Books David Pereda on Amazon and all my books and links will pop out. You can also purchase Havana Blues directly from my publisher, Custom Book Publications: (http://www.custombookpublications.com/bstores_new.htm). If you still want to know more about me, and you're not a crazed killer, a sexual predator like Doctor Nassar, or a drug addict who hates writers, you can email me at davidpereda@aol.com. I'd be glad to communicate with you.

Thank you for joining us today!