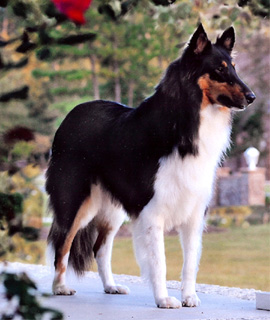 My collie Simone passed away this week. Many of my readers and social media followers came to know her and everyone that met her adored her. Her picture hangs in the Robeson County (NC) Humane Society offices; the no-kill facility that rescued her, a symbol of hope for all the dogs and cats that come through there, a promise of a better life that is possible to all.


Her own early years were marked with abuse and neglect, which was how she had come to Animal Control and discovered by RCHS volunteers. I was asked to foster her; though she was about two years old and should have weighed 75 pounds, she was barely 45 and completely traumatized. My job was to get her well so she could be adopted out, but I fell in love with her and she never left my home. I thought I was rescuing her, but it turns out, she was rescuing me.


I also had two foxhounds, Mattie and Skipper. Mattie taught her how to climb the stairs to my office so she could hang out, where the best water was kept (in the toilet), and how to patrol the yard. Skipper taught her where all the treats were and how to get them handed out. He cleaned her teeth and taught Eddie, a Jack Russell adopted a year later, how to clean them as well. She was patient as her jowls were lifted up by their muzzles while they worked on her.


After she’d put on weight, I brought her to be spayed. It was during surgery that the vet discovered she had given birth shortly before she was rescued at the pound, and she’d never fully healed. She had only been with me for a couple of months at that point and hadn’t yet figured out that she was in her Forever Home. When I picked her up, she appeared depressed, her head hanging, her steps slow but steady, following the leash but not really looking up. When we arrived back home and Mattie and Skipper greeted her enthusiastically, she sprang to life, running from room to room, jumping in each doggie bed before rushing off to the next. It was then that she knew she would always come back to us. She was family.


Eventually, Skipper passed away, followed a few years later by Mattie, and Simone became Big Sister to Eddie and Lucy, another Jack Russell adopted five years later. Her face lit up when they were near and she treated them as if they were her own puppies that never managed to grow up. 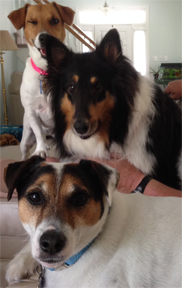 Simone and I grew older together. We slowed down considerably, her with arthritis and me with nerve damage, both of us favoring one leg and unable to walk far. We both grew hard of hearing until I realized she had to see me before she could hear me. And when she walked into a room and suddenly stopped and looked around, I knew she was wondering what she’d come in there for.


We had our routines; as I was getting dressed each morning, she would come to stand by my side until I loved on her and told her she was the most beautiful collie ever, the Claudia Schiffer of collies, and a sweetheart, too. More often than not, she would leave the room, circle around and come back in to hear it all over again.


She followed me to my office every morning for her dental treat and to lie at my feet while I worked, and she followed me downstairs at lunch and wherever I went. 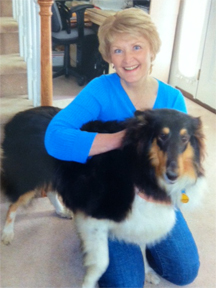 Simone knew what so many humans don’t: that love and acceptance is all that matters. Though she had been abused and neglected, she greeted everyone that came to the house with the same silent dignity and gentle greeting—man or woman, black or white, two legs or four. It made no difference to her that she was black and the Jack Russells were white; she loved them anyway and they adored her.


She had gone to the vet the week before Hurricane Florence and gotten a clean bill of health. And earlier this week, she’d returned to have her teeth cleaned. When she came home, she was unsteady on her feet but we’d been told to expect that as the anesthesia took time to wear off. She laid on the patio listening to the birds singing, eventually coming through the doggie doors into the house, where she tried to get comfortable on the air conditioning vent in the living room and then in front of the tower fan in the bedroom.


I lay down beside her, telling her what a sweetheart she was and how everybody loved her. Her head was up, her ears erect, and she seemed to be watching something I couldn’t see. I dozed off and dreamed that she was about 3 or 4 years old and outside where Mattie and Skipper were greeting her as they had that day so long ago. Each was asking the other where they had been before taking off at breakneck speed to run and jump and play. When I opened my eyes, I realized only two or three minutes had passed and when I checked on Simone, she was gone.


Many religions believe at the moment we pass to the other side, we are greeted by someone we know, someone that loves us, because we all have someone we trust and love. I like to think as Simone passed, Mattie and Skipper were truly there waiting for her, eager to show her around. They no doubt have introduced her to Buddy, the Australian Shepherd that helped me raise them, and to Charmer, the Old English Mastiff who was Buddy’s best friend and “brother”. I have a feeling that my mom is telling her right now that she is a sweetheart, and her voice so like mine, is soothing her. 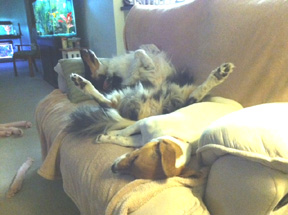 But the truth is I miss her. I miss her walking into the bathroom every morning to hear that she’s the Claudia Schiffer of collies. I miss seeing her sleeping in her bed with all four paws in the air. I miss listening to her snoring while I watch television. I miss hearing her paws behind me, following me everywhere, laying down in places where I’d have to step over her, cuddling in my arms like a true lady and then burping in my face.