Well, it's the day after Thanksgiving and I'm ready to start the Holiday Traditions! Each year on the last Friday of November, I create the annual Christmas gift to all my brothers and sisters and my dad. It's the Neelley Family Calendar, made special because it includes pictures of the family as we were growing up as well as today and it contains all those special dates like birthdays and anniversaries as well as dates from my dad's genealogy research. 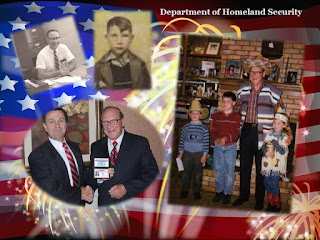 This is the picture I used in July 2016, which includes my dad as a young boy, at his desk as an FBI Special Agent-in-Charge of the Greenville, Mississippi office during the 1960's, with my niece Marissa and nephews James and Stevie (who are all grown up now!) and my dad getting his special FBI retiree badge in Jackson, Mississippi. 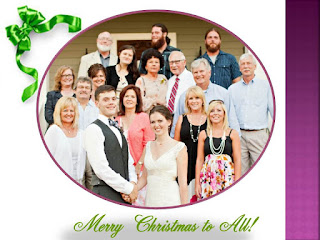 And no calendar is complete without the December well wishes with the whole family! This picture was taken at my niece Marissa's wedding - yep, the same young lady in the picture above this one!


I use Microsoft Publisher for the calendar months. I plug in the holidays, birthdays and anniversaries, and for added fun, some of my dad's genealogy dates. 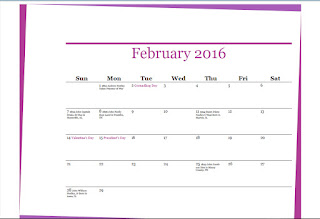 I lay it out on legal sized paper so when it's folded, the calendar is perfect for hanging. The local PostNet in Lumberton, North Carolina prints the copies, staples it in the middle and punches a hole for hanging. Then on Saturday, they will be wrapped and ready to mail first thing Monday morning.


What holiday traditions do you have?


The genealogy information is a very important part of the calendar because I grew up with stories of my ancestors. They inspired trips to Ireland to visit my ancestral home in Ballygawley, County Tyrone, Northern Ireland (the graves on my family's property are shown here; the stones were rumored to have been destroyed by the British Army searching for hidden weapons of the IRA), and visiting that region inspired A Thin Slice of Heaven as well as the next book in the Black Swamp Mysteries series. The trailer for A Thin Slice of Heaven is shown below.


Genealogy also inspired my bestselling book, Songbirds are Free, the true story about the capture of Mary Neely by Shawnee warriors in 1780 near present-day Nashville, Tennessee, and River Passage, winner of the Best Drama Award, about the Neely's journey to Fort Nashborough at the height of the Chickamauga Indian Wars.


And the Irish men in the Black Swamp Mysteries Series and Ryan O'Clery Mystery Series are inspired by the men in my own family. I am currently working on a book inspired by the three Neely brothers who left Ballygawley in the early 1700's to seek the American dream. Below is the trailer for The Tempest Murders, which takes place against the backdrop of the worst storm in Ireland's history.


For more information and to read excerpts from any of my books, visit www.pmterrell.com. 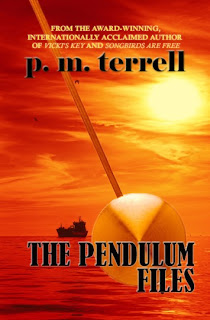 Think tanks analyzing the results of the 2016 election have come to the conclusion that the overriding factor was the nation’s economy, which was interesting to me considering the theme of one of my recent books, The Pendulum Files.

If you are unfamiliar with The Pendulum Effect, it is a concept in which the pendulum swings so far to one side that it must swing equally far to the opposite side. The plot in The Pendulum Files revolves around a presidential election in which one of the candidates is adamant about bringing jobs back home that in the past two decades have increasingly gone overseas.

I remember well the 1992 presidential campaign in which Ross Perot described the problems with competing against other countries for manufacturing. At the time his comment about that “giant sucking sound” was ridiculed but given the issues that many once-thriving towns and cities have faced over the past 24 years, it’s worth listening to this again:

I also remember all too well how George H.W. Bush described Ronald Reagan’s plan of giving tax breaks to the wealthiest 1% as “voodoo economics”.


The theory was known as trickle-down economics and the way it was intended to work was to provide the wealthiest—those who owned stock in the largest corporations—the largest tax cuts so they would have more money to invest in their companies. It was thought that with much more disposable income, they would hire more people and expand their business enterprises. But economists have proven that it didn’t work. Those who received huge tax cuts simply kept more money for themselves. Perhaps they bought more houses or more lavish houses, expensive boats or automobiles or consumables, but what they didn’t do was hire more people. In fact, the wealthiest among us have become increasingly wealthier not only with the Reagan-era tax cuts but also by moving their operations to countries where there is no minimum wage, there are little or no environmental controls, no healthcare or benefits provided, and sometimes even utilize child labor. 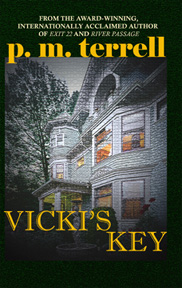 Writing a book involving presidential politics while intentionally remaining out of a party line is like walking a tightrope. In The Pendulum Files, the reader doesn’t know if the candidate leans Republican or Democrat and often when I write about politics, I intentionally create a candidate that is Independent—one who essentially believes in some of the principles of one party while staying closer to other principles in the opposite party.

And when ships carrying cargo from China to the United States are blown up on the high seas, it brings in Dylan Maguire and Vicki Boyd to investigate. Vicki’s character was inspired by the United States’ use of psychic spies—which the government refers to as remote viewers. When Vicki’s Key, the first book featuring Vicki was released, several readers mentioned to me that I had crossed over into science fiction. However, in the past fifty years and most notably in the past twenty, real life has begun to look more and more like science fiction.


This morning I read a fascinating account by Stephen Hawking, one of the greatest minds in science, regarding the need to populate other planets with human beings. Only one hundred years ago, that statement would have been preposterous. And yet plans are in place for placing people on Mars with the intention of making that planet into a future home for human beings.

Novelists have helped to propel science as many scientists, engineers and astrophysicists have openly spoken of inspiration obtained from reading books by Isaac Asimov, Philip K. Dick, Robert Heinlein, Arthur C. Clarke, H.G. Wells, Jules Verne and many others. Tablets, smartphones, robotics, space flight, wireless transmission, video calls and much, much more sprang from the minds of novelists and screenwriters long before they became reality. 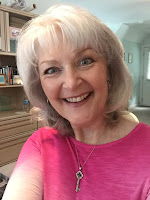 p.m.terrell is the author of more than 20 books, including two award-winning series, Black Swamp Mysteries and Ryan O'Clery Mysteries, the award-winning River Passage and her bestselling book, Songbirds are Free. View book trailers and read excerpts from all her books at www.pmterrell.com. She is also the founder of The Novel Business, turning her individual author mentoring into affordable courses, and the founder of Book 'Em North Carolina.

The Long Road Back... 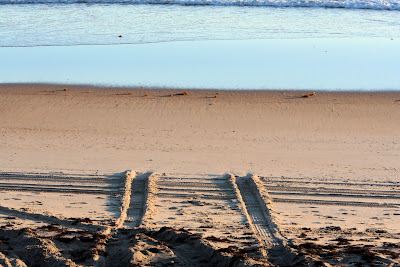 It's nice to know when someone disappears, they are missed. Particularly when I have been writing two books each year for the past several years, and two books per year have been published - one in the spring and one in the fall. And as I get back on track, there are four books scheduled for release in the upcoming 24 months.


My disappearance from the public eye began several years ago when I had to cancel part of a book tour due to a heart abnormality which resulted in the sensation that I had stopped breathing (actually, my heart was stopping), followed by a series of extremely rapid heartbeats as my heart rushed to catch back up.


I underwent a heart ablation, which literally everyone told me was a standard procedure and there was "nothing to it". I was on the table for about four hours, under general anesthesia, and the procedure was not successful. 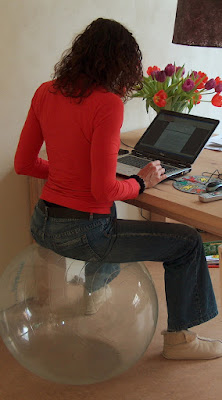 And there was a complication.


Shortly after the procedure, I complained that my leg was hurting. I was assured that it was normal and it would soon heal. Not only did it not heal but I soon found myself almost unable to walk. I went through a variety of diagnoses and treatments from knee pain to arthritis to hip pain, but none of the medication worked and I began relying on a cane. Steroids resulted in a lot of weight gain, which put even more pressure on my leg.


Then, quite by accident, we discovered the root cause.


It turned out that during the heart ablation, I suffered nerve damage. And it turns out that approximately 10% of nerve damage is brought about by heart procedures. There is no cure for it, and in my case it created excruciating migrating pain from the bottom of my foot to the top of my hip.


Once we had the diagnosis, I was placed on Lyrica. That's when things became real interesting. The Lyrica immediately blocked the nerve pain, allowing me to begin to get back to my former self - physically. Unfortunately, a side effect was the inability to write. I simply could not focus. Even following a conversation was challenging. I stopped public appearances because I couldn't even focus enough on what I was saying.


Flash forward to today and I am on a different medication - Gralise, which was originally developed for nerve pain resulting from shingles, but which also has had a tremendous affect on my damaged nerve. It helps with the pain and I no longer feel as though I am in a thick mental fog. I have been able to exercise again and more importantly, I am getting back to my writing.


I have been incredibly fortunate because my doctor took me seriously and he stayed active in finding the cause, even though it took several years, specialists and tests. When I was ready to give up, he was not.


So now I am catching up on four books and if I can meet my deadlines now (fingers crossed!) they will be released in 2017 and 2018:

In addition, I have had so many authors ask me for advice over the years that I have begun The Novel Business, a new website in which I'll be offering courses on everything from marketing and promotion to inside information on the publishing industry. Check it out if you have the chance.

It's great to be back!