It's Picture Me on Friday again!

This week, you're on vacation in the locale below. 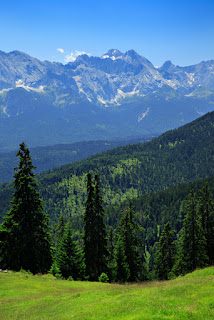 Where are you? What will you be doing there today or this evening?
Posted by p.m.terrell Links to this post

It's Picture Me on Friday again!

Picture yourself in the scene below. 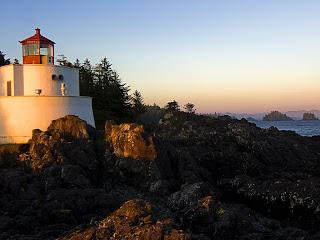 Where are you? What are you doing there today or this evening?
Posted by p.m.terrell Links to this post

The Town That Inspired a Murder...

When Vicki's Key is released in a few short weeks, it will launch the beginning of the Black Swamp Mysteries series. The series is set in a real town: Lumberton, North Carolina. A town I just happen to live in.

I moved to Lumberton in 2004. I was a Big City Girl, having been born in Washington, D.C. and I spent most of my life in the D.C. suburbs. So when I moved to Lumberton, it was quite different from anything I'd experienced before. 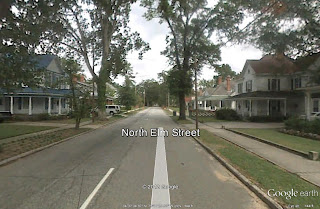 The Historic Area of Lumberton is filled with wide streets, sidewalks, and majestic trees that often reach across the road to touch one another with their broad branches.

It's a step into yesteryear where one can walk out their front door and down the street to the Plaza, where free outdoor concerts are held throughout the summer... Where City Hall and the County Courthouse are just a few blocks away... Where the historic theatre known as the Carolina Civic Center shows movies and conducts plays in a setting one might have thought was long gone. And where the library sits nestled among brick buildings and behind gently waving trees.

It's this street where the main character of Vicki's Key, Vicki Freeman Boyd, moves after leaving her job with the CIA. In fact, the real houses shown above are the homes of Vicki's neighbors. Just about ten blocks further to the north is the house Brenda Carnegie lived in Exit 22.

It's this street that Vicki sees Dylan Maguire as he walks toward the Carolina Civic Center, where she sees one of many ghosts that haunt the theatre to this day.

And within walking distance of this street and these homes is the black depths of the Lumber River, a lazy, narrow river that winds its way through the heart of Lumberton before snaking off into the countryside. When the rains come heavy and sudden, the river overflows its banks... And when the rains stop and the waters recede, it often leaves behind a thick black swamp, impenetrable in some places...

The Lumber River is the perfect place to hide a body.

And nestled between these historic old homes and the picturesque village-like quality of the town are many places where secrets are hidden...

And to the real town of Lumberton, North Carolina...

Vicki's Key is scheduled for release on March 17, 2012. You can pre-order the book from www.pmterrell.com or on www.amazon.com. Look for it in all fine book stores in March. And be sure to mark your calendars for Tuesday, March 27, when p.m.terrell will speak at the Carolina Civic Center in beautiful downtown Lumberton about Vicki's Key!
Posted by p.m.terrell Links to this post

One of my author friends, Pamela June Kimmell, posted a picture recently on her blogspot and asked followers to guess where it was taken and what the person was doing. It was so much fun reading the responses that I decided to try "Picture Me on Friday."

Below is a picture. You are there. The chairs are waiting for you (notice there are two...) 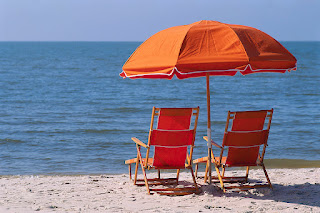 Now tell me: where are you? And what will you be doing there on this day or this evening?

Use your imagination and have fun!
Posted by p.m.terrell Links to this post

An editor once told me I described the eyes of every character in my book. I wouldn't be surprised if I do. I've always thought the eyes were truly the window into a person's soul.

Consider the Afghanistan girl on the cover of Time Magazine who captured the interest of people around the world with her haunting green eyes: Would her story have been as intriguing, her ordeal as heart wrenching, if she'd been wearing sunglasses? If she'd worn a shawl or cap that shaded her eyes? Or if her eyes had been nondescript? If she'd been looking down, so her eyes are not visible at all?

In the book trailer for Vicki's Key, these eyes were used to depict the CIA Agent in Afghanistan: 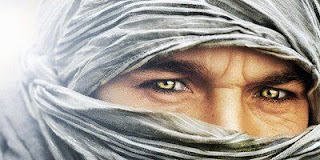 What do the eyes tell you about the man?

When you are reading a book, what are some of the descriptions that pop out at you and make you remember the character more vividly? Whether it's Boo Radley from To Kill a Mockingbird or Rhett Butler from Gone With the Wind... or any other character who has remained with you through the years?

And when does the author's descriptions turn you off from the character or even the book itself?
Posted by p.m.terrell Links to this post

I find it fascinating when readers are convinced that I am the character in my book.

It's happened several times this past week. One reader is convinced that I really am Sheila Carpenter, the spunky main character in Kickback and Ricochet. Truthfully, I wish I was more like her. When she came upon the deserted, decrepit hotel in the middle of nowhere, she moved beyond her fear and checked in - knowing something was wrong but determined to investigate. When she turned on the dim light in the hotel room and found spiders and insects crawling on everything, I would have turned tail and run. Not Sheila. She waited until the bad guys had gone and then broke into the office to find an illegal operation in full swing.

Recently, I've been publicizing my newest book, Vicki's Key, with some blogs about ghosts and ghost sightings and psychic spies. It actually does not matter whether I believe in ghosts. What matters is if the reader believes in them, at least long enough to read through the book. But now there is a segment of my audience who believes I am a psychic spy. That I see ghosts or live with ghosts or I am a ghost.

I find this rather interesting from a writer's perspective. Did Audrey Niffenegger, the author of The Time Traveler's Wife, actually marry someone with that capability in order to write the book? I think not.

Did H.G.Wells travel through time, discover lost worlds, encounter aliens from other planets?

Or was it simply imagination, that which authors are supposed to be famous for?

What relationship do you think an author personally has with their book plots and their characters?
Posted by p.m.terrell Links to this post