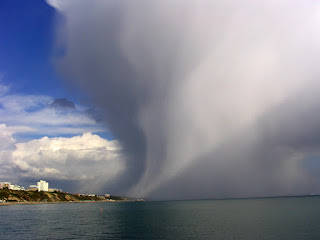 Those of us in the United States don’t often associate hurricanes with Ireland. We think of them as tropical storms, the warm waters off our southern shores fueling their intensity. Yet on October 16, 2017, Hurricane Ophelia slammed ashore in Ireland with winds exceeding 90mph and storm surges impacting the coastal regions. Trees were overturned, massive root balls uprooted. Falling trees resulted in two deaths as of this writing, and a third when an Irishman in County Tipperary attempted to remove a downed tree. 360,000 electric customers were without power, roughly 1/6 of the population in Ireland and Northern Ireland combined.


Still, hurricanes of such significant intensity are rare in Ireland. When Ophelia reached Category 3 status, it was the farthest east that any major Atlantic hurricane had reached on record. It was so far northeast that weather maps designed to predict wind speeds could not even process it—their software was not programmed for a major hurricane in that vicinity.


Ophelia had an intriguing path. It formed off the coast of Africa, its winds already so vicious that it literally kicked up the Sahara Desert and transported the Saharan dust into Ireland and the UK. Dusk is particularly affected, as the dust particles block the blue light from the sun, turning the skies red. 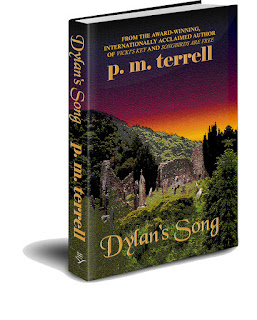 Ophelia reached Ireland exactly 30 years after The Great Storm struck Ireland in 1987, killing 22 people. It was that storm that inspired Dylan’s Song, the fourth book in the Black Swamp Mysteries Series. As Dylan and Vicki travel to Ireland to locate and rescue an abducted CIA operative, Dylan is forced to confront what happened during the storm that caused massive flooding, cutting him off from help as he encountered a life-or-death situation.


Another storm, The Night of the Big Wind, inspired The Tempest Murders. It occurred on January 6, 1839, at a time before hurricanes were tracked and the population of Ireland was caught by surprise. The storm literally swept the Atlantic Ocean across the island to the Irish Sea, devastating whole villages. At the height of the storm, Rian Kelly is fighting to return to his beloved from Dublin, arriving only after her home was swept away. It is the beginning of a love story that spans centuries.

Below is an excerpt from The Tempest Murders as Claire is explaining to Ryan O'Clery, named after his ancestor Rian Kelly, the story of Rian and his lover:

“I know you too well,” Claire said. “You’re wanting the story of Caitlín O’Conor, aren’t you?” 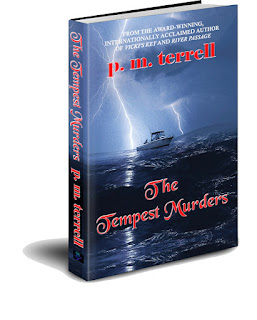 She smiled. “Her name was Caitlín O’Conor. She was supposedly the great love of Ríán Kelly’s life. It was a star-crossed love story. Her father was a prominent man in the village and Ríán was a ‘lowly county inspector’ and though they were deeply in love, her father would not permit Ríán to ask for her hand in marriage.”

He felt his chest tighten and he sipped his coffee to avoid Claire’s piercing eyes.

“The tale is that they sneaked around for years; everybody knew it. Everybody except Caitlín’s father, that is. They were madly in love.” She sighed wistfully.

“What happened?” He kept his eyes on his coffee. “Did she marry someone else?”

“Her father died. Quite unexpectedly. Heart simply stopped. And without him in the way, they were clear to be married.”

As if it was a memory that he held of himself, he could see the hallway on New Year’s Eve, whisking Cait to an unused room and going down on bended knee. “So they married then,” Ryan said quietly.

“No. You said yourself he’d never married.” She brushed non-existent crumbs from the countertop before continuing. “He asked for her hand in marriage on New Year’s Eve. Let’s see, I believe it was 1838. Yes, that’s right. December 31, 1838.”

“How can you be so certain of the date?”

His head jerked up and he stared into Claire’s eyes. They were as green as the fields of Ireland and now she cocked her head and eyed him curiously.

“He’d gone to Dublin, so the story goes,” she continued slowly.

“Aye. He’d been called away on business. And as Fate would have it, the great flood came while he was gone and Caitlín was swept away.”

“Don’t you remember any of your schooling, Re?”

“Aye, surely you do. It was Oiche na Gaoithe Moire.”

“Aye; that’s it. History says that just a couple of days prior, they had a huge snowstorm that blanketed Ireland. With it came a cold front. But the next day, they had warm temperatures the likes of which they hadn’t experienced in years. It caused all the snow to melt and melt rapidly.”

“So the great flood was caused by melting snow.”

“You really don’t remember your schooling now, do you, Re? It wasn’t that at all. It’s just that the warm front settled in over Ireland as another cold front came across the Atlantic. It was January 6, 1839—Epiphany.” Her voice took on a whispered note as though she was telling a ghost story. “There were those in the faith who had forecast the end of the world would occur on January 6, 1839—the day of Epiphany. So when the air grew completely still, so still they could hear the voices of neighbors miles apart, there were some who thought the end was near.”

He waited for her to continue. His cheeks were growing flush and he could feel beads of sweat beginning to pop out across his brow. “What happened then?” 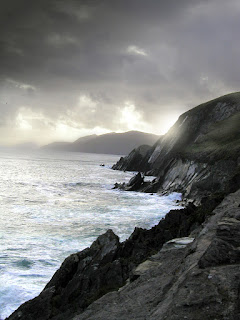 “By nightfall, there were gale force winds. They moved from the western coast of Ireland all the way to Dublin, where Ríán Kelly had traveled. Some said the winds were accompanied by an eerie moan, a rumbling of sorts. But not thunder; it was a sound never heard before nor since. It increased as the winds grew. And then the northern sky turned a shade of red that had never been seen before.” She sipped her coffee while she watched him. “We know now it was the aurora borealis. But there was widespread panic amongst the people. And when the sky darkened once again, it darkened to the color of pitch.”

He reached for a napkin and mopped his brow.

“Are you feeling alright, Re? Would you care to lie down?”

He shook his head. “I want to hear the rest of the story.”

“Well, so the myth goes, Ríán Kelly left Dublin immediately. It was a miracle he made it back to the village at all. He traveled through the night, in the rain and the hail, with the winds all about him. Bridges had been washed away; the wind had been so strong—stronger than anything Ireland had experienced in more than three hundred years—so strong that it whipped the Atlantic into a fury and pushed it all the way across the island. Streams and creeks became raging rivers. Whole villages were wiped out. Even some of the castles were beyond repair.” 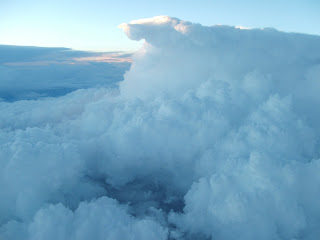 He rested his elbows on the counter and put his head in his hands.

“You’re sure you don’t want to lie down, Re? You look as if you might faint.”

“I’m fine,” he said. “What happened when Ríán Kelly reached his village?”

“It was gone. Oh, there were a few buildings still intact. The church, for one. But Caitlín O’Conor’s home had been washed away. There was no sign of Caitlín.”

“So that’s where the story ends, does it?”

The winds were so strong with Ophelia that one town, Cleveleys, on the Fylde Coast of Lancashire, England, was entirely covered in foam. Yes, foam—the ocean was whipped into foam, which sprayed roads, buildings and people. For video and pictures, follow this link. This was after it had already reached Ireland and tracked northward across the island and the Irish Sea.